Skip to Main Content
It looks like you're using Internet Explorer 11 or older. This website works best with modern browsers such as the latest versions of Chrome, Firefox, Safari, and Edge. If you continue with this browser, you may see unexpected results.

This LibGuide is designed for use by students in a Global Biosecurity Law seminar course. 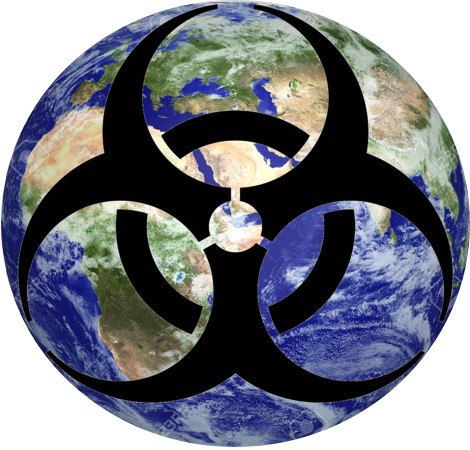 Global Biosecurity law has a unique international history including many biodefense laws and major treaties in biosecurity and biosafety law—including the Biological Weapons Convention and the Cartegena Protocol. When taking a global perspective on biosecurity it is imperative to review the regulations and legal frameworks in other countries; international law, public health, and regulatory approaches of the World Health Organization; and biodiplomacy and the role of Interpol in biocrimes.

This LibGuide is broken down by topics, including:

Biosecurity-  Multiple meanings and different definitions exist according to various disciplines. The original definition of biosecurity started out as a set of preventive measures designed to reduce the risk of transmission of infectious diseases in crops and livestock, quarantined pests, invasive alien species, and living modified organisms.

Biological Weapons- Covers the development, production, and stockpiling of an entire category of weapons of mass destruction, as well as the Biological Weapons Convention and other related issues.

Bioterrorism-  Terrorism involving the intentional release or dissemination of biological agents like bacteria, viruses, or toxins, and may be in a naturally occurring or a human-modified form. Biological agents spread through the air, water, or in food. Some can also spread from person to person and very hard to detect

Biosafety and Biodefense-  Measures taken by the government and private sector to defend against a biological attack that include drugs, biological products, devices, vaccines, vaccine adjuvants, antivirals, or diagnostic tests.

The blog contains a brief look at biosecurity, biosafety, and biodefense law issues in the news and others missed by the news but covered by Professor Sutton.

Reference Librarians are available by phone, text message, or email, and you can submit questions 24/7 using our Ask a Librarian service.