Skip to Main Content
It looks like you're using Internet Explorer 11 or older. This website works best with modern browsers such as the latest versions of Chrome, Firefox, Safari, and Edge. If you continue with this browser, you may see unexpected results.

This guide describes the structure of the Texas Court System, provides links to various courts and court rules, where available

District courts are the state trial courts of general jurisdiction. The geographical area served by each district court is established by the specific statute creating the court.

The Texas Constitution also authorizes not less than one nor more than 16 justices of the peace in each county. The justice courts generally have exclusive jurisdiction with the county courts when the amount in controversy exceeds $200 but does not exceed $10,000. They also have jurisdiction in misdemeanor cases where punishment upon conviction may be by fine only. 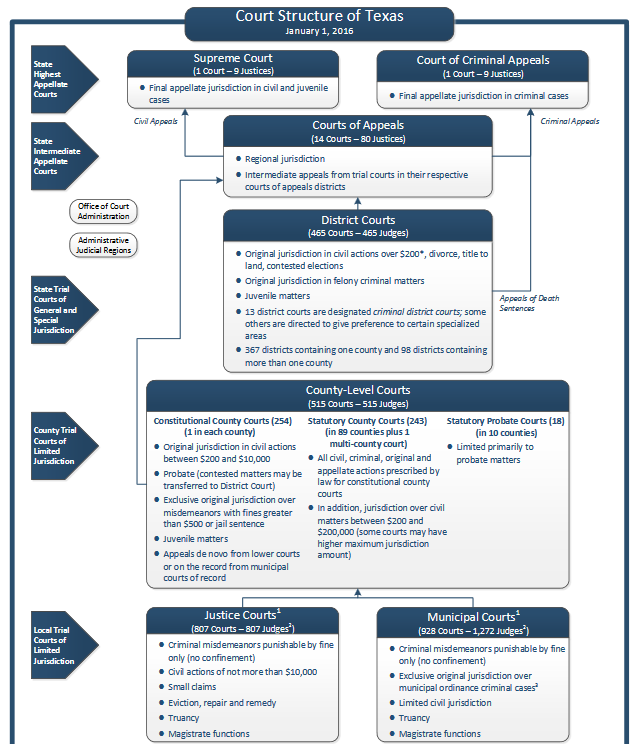